Residents of the Twilight Zone

One of the longest running sci-fi and horror franchises has to be ‘The Twilight Zone’. I can’t remember when I first began watching it, but there are some stories that have stayed with me (and not just because they are some of the most quotable): “To Serve Man”, “Time Enough at Last”, “The Monsters are Due on Maple Street”, “Nightmare at 20,000 Feet”, and “The Eye of the Beholder”. 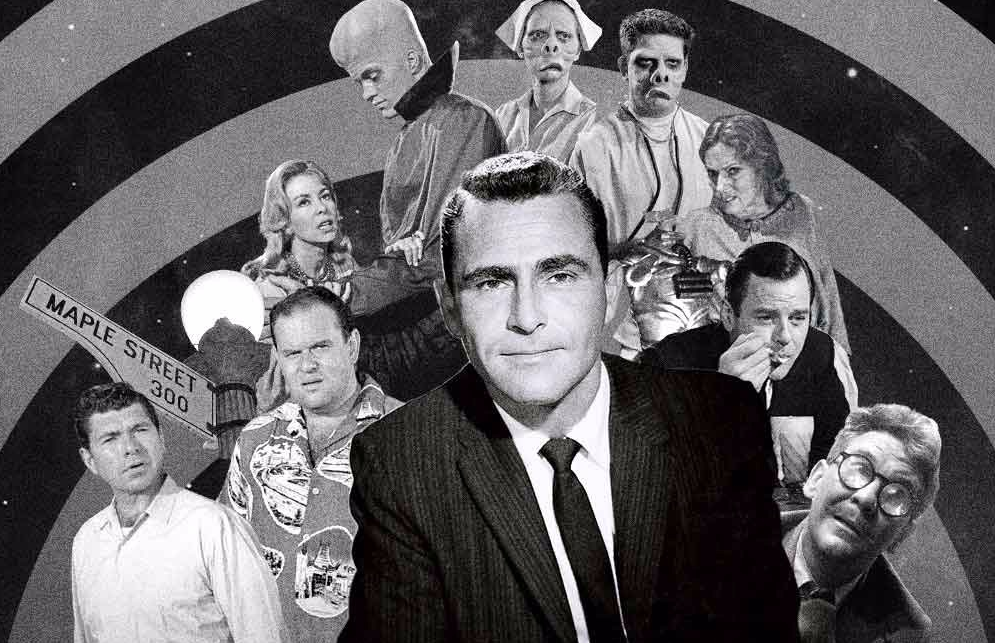 I need to preface this by stating the obvious, that not all ‘Twilight Zone’ episodes are horror or sci-fi, but they are all speculative fiction in some form or another. Some deal with the psychological trauma of guilt and past mistakes, some with ensuring that a person gets their due (for good or for ill), and some deal with whether or not monsters are really what we think they may be.

In “To Serve Man”, a seemingly peaceful alien race arrives on Earth and brings with them a book written in their language with the message ‘to serve man’. Naturally, people think that it means the aliens will serve mankind by helping them and advancing their way of life. Ultimately, the tragic hero of the story learns the truth: ‘To Serve Man’ is a cookbook, and the journey he is undertaking to the alien homeworld is spent with the aliens quite literally trying to fatten him up. 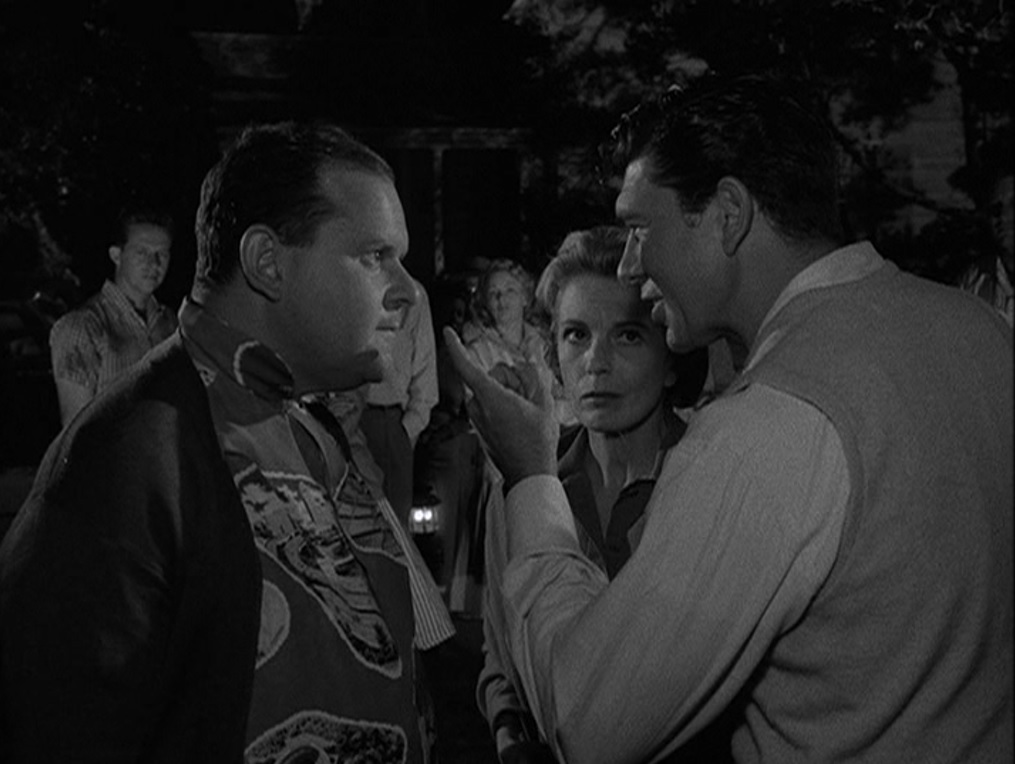 On the other end of the ‘monster’ spectrum is “The Monsters are Due on Maple Street”. The power mysteriously goes out in all of the houses on Maple Street, sending the residents into a panic, when the power is suddenly restored to one house. In the ensuing paranoia rife with accusations, fear and anger, the audience is shown what happens when humanity’s self-destructive prejudices and biases are allowed to surface. At the end of the episode, it is revealed only to us, the viewers, that there was no oncoming invasion; rather, the entire situation was an experiment to see how humans would react to the unknown.

Then there’s “Nightmare at 20,000 Feet”. In this story, the main character spots a sort of gremlin out the window of the plane he’s on, tearing apart the wing just as the plane itself starts to experience a mysterious turbulence. He isn’t believed, and resorts to drastic measures like breaking the window to try and kill the gremlin himself. The horror in this particular story is that in the end – he was right all along, and if not for his actions it’s possible that the plane would’ve crashed, killing everyone aboard.

“Time Enough at Last” is less horrific than it is tragic. The main character is a “reader” who would rather spend time with books and stories than his wife, friends, or co-workers (raise your hand if you can relate!). This one is a story of irony; while he is inside a vault at his job, there is a nuclear attack that somehow kills everyone and destroys every building – but somehow leaves books in tact. The character finally has the time to read all the stories he wants to forever, without interruption – only to break his glasses and be unable to make out a single word. 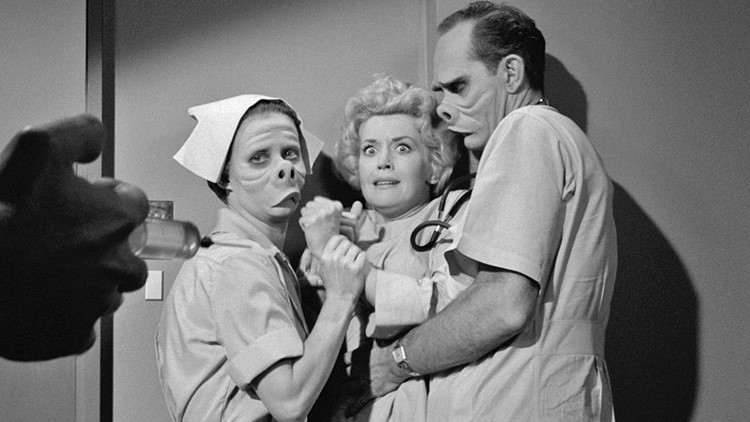 The last story I mentioned above is “The Eye of the Beholder”. Like many other episodes, it’s a moralistic story more than a horror, but at the same time – the end of the story presents the audience with the feeling that the last thing someone would want is to submit to strict conformity because they can’t look like everyone else.

Ultimately, I think that the appeal of stories like these are because they don’t always have a reliable narrator. You never know if you should be cheering the apparent protagonist of the story, or if they are ultimately the antagonist who was still somehow right all along. It’s rare that I turn away from these episodes without having to stop and think about what I just saw, and the implications of both the storyline and my own emotions. 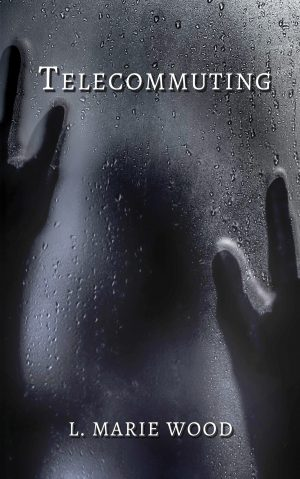 If you like stories like this too, you’ll really love L. Marie Wood’s “Telecommuting”. The book is told from the point of view of someone who is much like many of us, a person who must suddenly begin working from home and interacting with others primarily through the phone line and the windows that show the lives of the neighborhood around him. Somehow, Wood is able to generate suspense with her writing, with just enough description of the parts of the house her character never enters that make you wish that he would just flick on the light – while simultaneously running out the door to drive far away from what may or may not wait in the dark. Like many ‘Twilight Zone’ episodes, this story delves into the psychology of what happens to people when they are very suddenly put into a new situation, only to have their world turned entirely upside down. 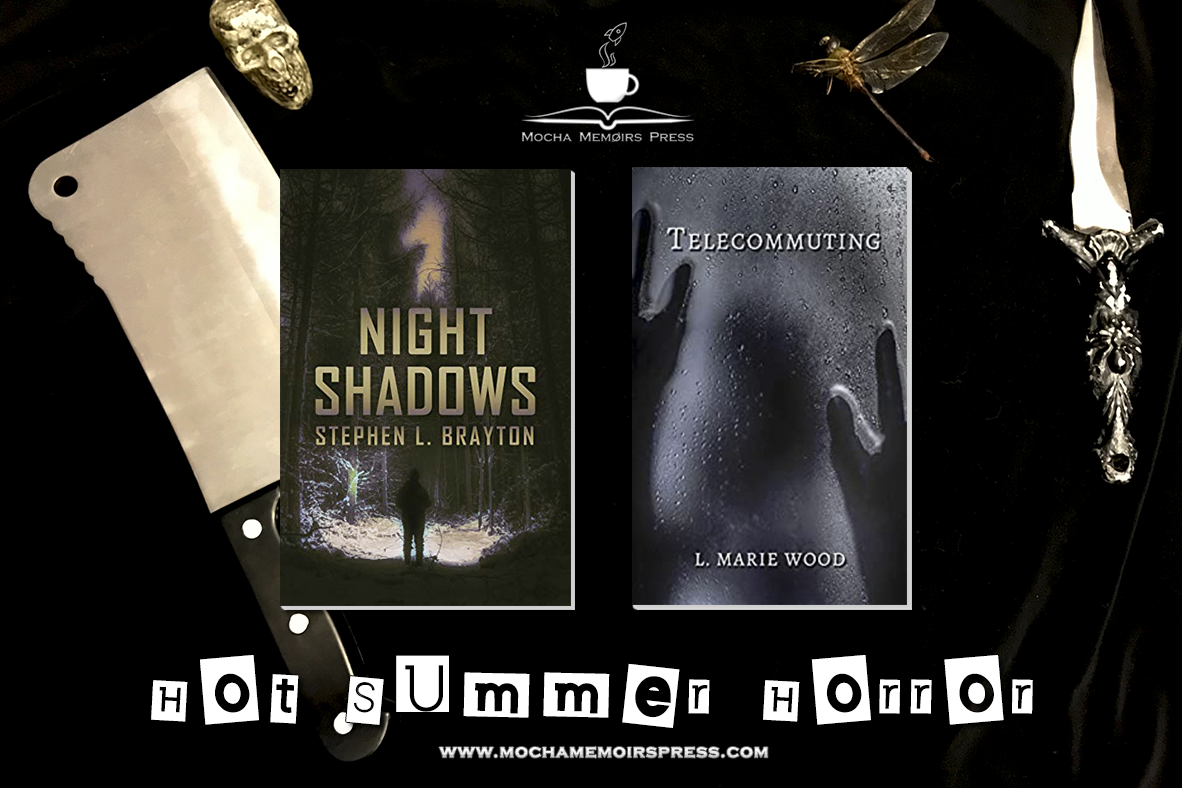 L. Marie Wood and many of our other authors will be reading excerpts from their stories in just four short days during our Hot Summer Horror event on Facebook. Beginning at 6pm on July 9, you’ll hear from writers of different genres as they take over our Facebook page during the event.

Lastly, I want to let you all know that we have a promo happening for the month of July. Everything on our site is 20% off, but only if you purchase through us. Take a gander at our catalog and pick up ‘Telecommuting’ or another new favorite today using the promo code HSH2021, then leave us a review!