Where my Love Affair with Horror Began

My own love of horror stems from when I was a toddler. My mom often enjoys regaling my friends with stories of how I could use the VCR almost before I could walk, and that I knew which movies I could watch (A Family Circus Christmas and Disney films) and which I could not; but this didn’t stop her from letting me watch Ghostbusters and E.T. the Extra-Terrestrial when I was even younger than being able to hit play on the box. 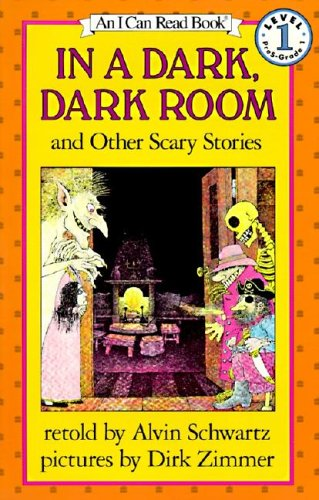 As I grew older, that love of horror slowly but surely extended to the books I would read as well. One of those favorite books was “In a Dark, Dark Room and Other Scary Stories”, edited by Alvin Schwartz. The only story that has stuck with me, more than thirty years later, is the first, “The Green Ribbon”. A blogger named Dreadful Dreary wrote a summary of the story ten years ago, and while some of the details may have escaped me personally, it’s hard to know which part of the story is the most horrifying.

Is it the way the husband obsesses over the fact that his wife won’t tell him why she has to keep the ribbon on? Is it the fact that there’s an odd detail that we as the reader don’t understand? Or is it the fact that at the end of the story, when the ribbon is removed, the wife’s head falls off and speaks to her husband? For me, it’s the thrill of the unknown, of having my questions go unanswered. The story ends abruptly with the wife’s death, and whatever happens next is filled in by my imagination, which can come up with all kinds of scenarios (particularly when you’re eight years old). 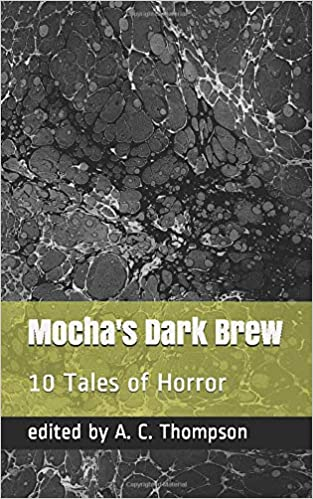 To this day, that kind of horror still appeals to me. There are so many different types of horror out there, but the parts of a story that aren’t told, particularly what comes after you close the book, continue to stir my imagination and make me consider leaving a light on at night when I go to bed. I had that same feeling recently when I read “Mocha’s Dark Brew: 10 Tales of Horror”, edited by A.C. Thompson. These stories aren’t for the faint of heart, but they are reminiscent of the kind of horror I grew up consuming, and the best thing? They’re all original stories written by women. If you also grew up on stories like “The Green Ribbon”, I highly suggest you peruse this mini anthology, which you can find on Amazon here.

Don’t forget to also RSVP for our Hot Summer Horror event on Facebook, and hear our writers read their own spine-chilling stories on July 9 beginning at 6pm.